Helping you & your loved ones
recover

Get a free consultation here

If you or somebody you love served in the military and subsequently suffered from hearing loss, you may need help from a Colorado 3M Combat Earplug attorney. At Cannon Law, our skilled and experienced team understands that many former and active military service members have been exposed to dangerous conditions due to faulty 3M earplugs. We are dedicated to helping victims secure compensation in these cases.

Why choose Cannon Law for your case?

If you have sustained temporary or permanent hearing loss caused by defective 3M earplugs, you need help from an attorney with extensive experience handling defective product cases. Cannon Law is ready to help.

How will an attorney help this case?

A Colorado 3M Combat Earplug attorney will have the resources necessary to stand up to 3M, their insurance carriers, and their legal teams. An attorney will be able to gather all evidence necessary to prove your hearing loss claim, including documents related to this defective product as well as your medical records. Importantly, your attorney will handle negotiations with all parties involved in order to secure maximum compensation for your hearing damage claim. 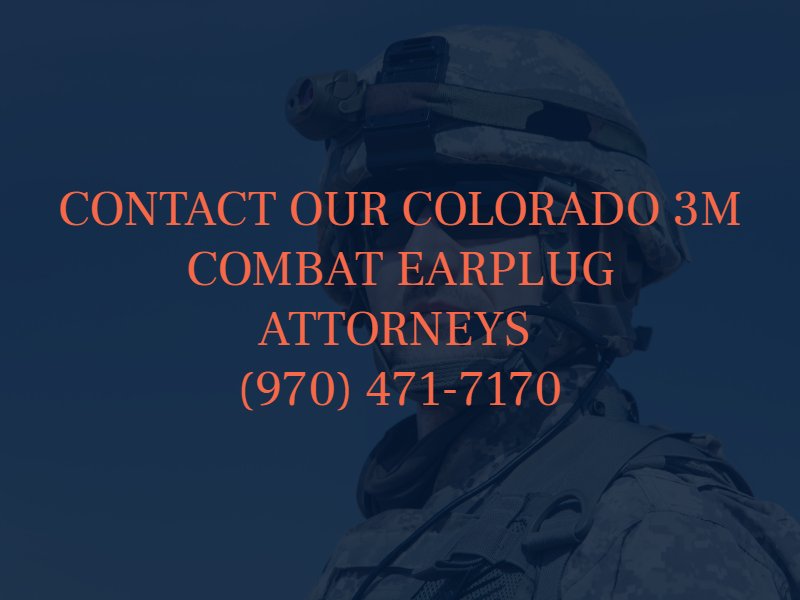 The stem that connects the two ends of the defective earplugs is too short and prevents them from sitting correctly in the wearers’ ear. This subsequently allows loud noises to slip past the earplug and cause permanent hearing damage.

In this case, The US Justice Department has said that both 3M and Aearo Technologies, the original manufacturer of the earplugs, were aware of the defect in these products as early as the year 2000 and manipulated the test results to make it appear that the earplugs met government standards.

Those who served in the military or were contractors for the military between the years 2001 and 2016 could have potentially sustained ear damage if they were exposed to loud noises and used these defective earplugs. While 3M agreed to pay the United States government $9.1 million to settle allegations that they knowingly sold a defective product to the United States military, none of the settlement went to service members or veterans suffering from hearing-related issues. The men and women have been left to seek recovery of compensation through their own earplug lawsuits against the company.

What kind of compensation is available?

If you or somebody you love has served in the military in subsequently suffered from permanent or partial hearing loss after using 3M earplugs, you may be entitled to significant compensation. At Cannon Law, our qualified and experienced team is ready to investigate your faulty hearing protection case in order to help you secure the following:

These faulty products can lead to long term hearing loss and require the assistance of hearing aids or other medical devices. Our law firm is here to help veterans that have suffered hearing damage as a result of defective earplugs. When you need a Colorado 3M Combat Earplugs attorney, you can contact our law firm for a free consultation of your case by clicking here or calling (970) 471-7170.