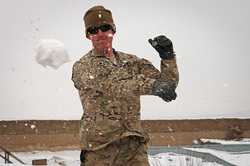 Most people suffering harassment or discrimination at work are scared of reporting it. They think their employer will just fire them if they rock the boat. This is why a lot of employers get away with illegal employment practices: they think no one will stand up to them. Employers aren’t allowed to retaliate against you like that though. Specifically, they can’t take an adverse action against a covered individual because he or she engaged in a protected activity. Read on to learn about what that means in practice.

Retaliation doesn’t just apply to the employer the employee complained about either. It’s also illegal for a worker’s current employer to retaliate against him or her for pursuing an discrimination or harassment charge against a former employer.

Of course, employees are not excused from continuing to perform their jobs or following their company’s legitimate rules just because they have filed a complaint with the EEOC or opposed discrimination.

Covered individuals are people who have opposed unlawful practices, participated in proceedings, or requested accommodations related to employment discrimination based on race, color, sex, religion, national origin, age, or disability. Individuals who have a close association with someone who has engaged in such protected activity may also be covered individuals. For example, it is illegal to terminate an employee because his or her spouse participated in disability discrimination litigation.

People who report their employer for violating some federal laws are also protected by the Whistleblower Protection Act. This prevents employers from retaliating or threatening to retaliate against an employee who stands up against illegal activities.

There are two types of protected activity: opposition to a practice believed to be unlawful discrimination and participation in an employment discrimination investigation or litigation.

Opposition is protected so long as it is based on a reasonable, good-faith belief that the employer is violating anti-discrimination laws and the employee opposes the practice in a reasonable way.

Requesting a reasonable accommodation based on religion or disability is also a protected activity. So that’s the basics of retaliation claims. Hopefully it’ll never happen to you, but if it does, you need to know your rights.