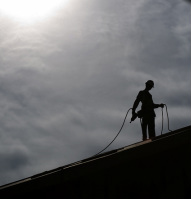 One way employers have tried to get around employment laws to make people working for them sign “Independent Contractor Agreements.” That way, they don’t have to pay overtime, unemployment, or obey a lot of other rules. Unfortunately for them, the courts are wise to their games and look beyond what a worker is called by the employer. In fact, the Colorado Supreme Court published two cases this year examining when someone is an employee and when they are an independent contractor. Click below to find out how to tell the difference.

Whether someone is an independent contractor or an employee is based on two factors: whether the person is free from the control and direction of the supervising company and whether he or she is engaged in an independent business. The potential employer must prove both of these before a court will recognize an independent contractor relationship.  Industrial Claim Appeals Office v. Softrock Geological Services, Inc.. (Colo. 2014) and Western Logistics, Inc. v. Industrial Claims Appeals Office, (Colo. 2014) both deal with the second prong of this test, so I’m just going to talk about Softrock to keep things simple.

Here are the facts of Softrock: Walter Ormsby worked for Softrock from 2007 until 2010. Softrock called him an independent contractor, and he provided his own tools, business cards, and liability insurance. Still, he didn’t work for anyone else while he worked for Softrock. In 2011, a government agency audited Softrock and decided Ormsby should have been an employee not a contractor, so Softrock should have been paying unemployment taxes on his compensation.

Fast forward a couple of years, and this question is in front of the Colorado Supreme Court: Is the fact that Ormsby didn’t work for anyone else for three years proof by itself that he was not engaged in an independent business. The supreme court answered “no.” They decided that there’s more to it. The court said that when looking at whether someone is an independent contractor, there are no definitive factors. Courts and government agencies need to look at the whole picture to work out whether someone is an employee.

Still, the court did set out some things to look at, including: whether the person maintained an independent business card, listing, address, or telephone; had a financial investment such that there was a risk of suffering a loss on the project; used his or her own equipment on the project; set the price for performing the project; employed others to complete the project; and carried liability insurance. This list isn’t exhaustive, but it’s a start. Either way, the court decided that the question is a whole lot more complicated than just looking at whether the person works only for one company.

So what does this all mean? First, it means that the courts look deeper than what a company calls people who work for them in deciding whether someone is an independent contractor. Also, it means this question got a whole lot more complicated. It’s going to take the courts a long time to work through what the line is between employees and contractors. Until they get it straight, don’t make any assumptions about what your rights are. Talk to someone who knows first.