What Type of Compensation Can I Recover in a Personal Injury Case? 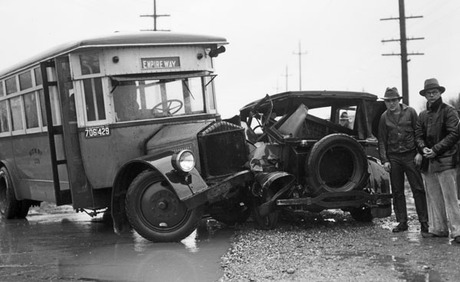 Most injury cases don’t hinge on who was to blame for the injuries. Usually it’s pretty obvious who caused a car accident. But what you are able to recover in an injury case is sometimes less clear. Even when you know the law, it can get confusing. It’s worth knowing the rules though. That way you won’t accept the insurance company’s low-ball offer.

The first thing to remember about injury cases is that you only get to make a claim once. After you’ve settled your case or gone to trial, you will never be able to go back for more money. That means it is usually a good idea to wait until you are recovered from your injuries before settling a case. One exception to that is if you’re coming up on the statute of limitations. You have three years from the date you were injured to file an injury case in Colorado. If you’re close to that date and you’re still not better, you need to make your claim before the deadline anyway.

Turning to specific types of damages, there are three main categories of damages that you can recover in a personal injury case: medical bills, lost income, and non-economic damages. After we’ve talked about what you can recover, we’ll look at some ways insurance companies try to avoid paying you what you’re entitled to.

If someone hurts you, they should pay your medical bills. Simple right? Well, not so fast. Most folks now have health insurance. That means someone has likely already paid your medical bills one way or another. So what’s left for the person who hurt you to pay?

Well, here’s how it works in Colorado: the person who injured you has to pay you the amount you were billed for medical care. It doesn’t matter how much your health insurance eventually paid. Once you’ve settled the case, you have to pay your health insurance company back for the amount they paid towards you bills. The same thing applies if you received benefits from medicare or medicaid.

It’s very common for people to have to take time off work after an injury. Sometimes they can’t work at all and lose their jobs. You can recover this from the person that hurt you.

You’ll need some proof though. Usually you’ll have to send your employment records to the insurance company showing the time you took off and your pay rate. If you’ve lost your job, you’ll likely need to send your last few months pay stubs to show how much you made and something from your doctor saying that you are unable to work.

This is where things get a little fuzzy. The question you have to ask is this: “How is this injury affecting my life.” Maybe you were a keen runner before the injury, but now you can barely walk the dog. Maybe you used to go bowling with your children every week, but now your injury stops you.

Almost any injury will affect your life in a way that doesn’t show up in medical bills or lost income. You can recover for this too. It’s hard to value it, but it can be done.

Often, insurance companies will try to say that you are malingering. This is a fancy way of calling you a faker who is trying to take money you’re not entitled to. They will usually pay a doctor to examine you (for about 10 minutes) who will come back with the opinion that you are trying to cheat the system. You know this isn’t true, but sometimes the insurance company won’t back down. If this happens, you may want to talk to a personal injury lawyer to evaluate your options.

Sometimes insurance companies will try to not pay you by saying you had a pre-existing condition. That means that they’re saying you weren’t really hurt in the accident. Instead you were already hurt and you’re just trying to cheat them into paying for it. Like in the malingering defense, the insurance company will pay a doctor to say this. Don’t buy it. You’re the one that knows how you felt before your accident; you’re the one who knows how you felt afterwards. Don’t let them tell you different.